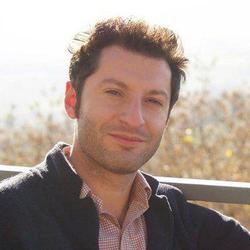 Luca Sadurny is a passionate language learner who speaks seven languages. Convinced that he was not talented at languages until his twenties, he had a revelation whilst learning French on his own: he simply found out that there are no bad learners, only bad learning methods.

From that moment on, Luca started experimenting and trying the most effective techniques and tools to learn languages in a smarter way. With MosaLingua’s apps and courses, Luca and his team have already coached and helped more than 12 million users from all around the world.

From Learner to Speaker: A 4-Step Method to Start Speaking Your Target Language

This website (and some of its third-party tools) use cookies. These are important as they allow us to deliver an exceptional experience whilst browsing the site.

By clicking 'Accept', you agree to the use of cookies.

Ready to start your year the best way?